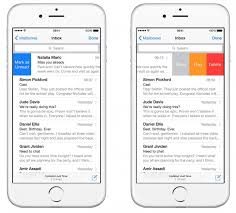 However, there is a bug in the latest iOS which affects the native Apple Mail app (Mail.app) on your iPhone or iPad which will prevent you from sending or replying to emails.

You might see an error message that says “Cannot Send Mail. The message was rejected by the server.“

This will affect you if your email account is hosted by Microsoft on Outlook.com or Office 365, or an Exchange Server 2016 running on Windows Server 2016 you will have this issue.

Although, Apple and Microsoft are trying to resolve this issue – there has been nothing released yet.

WHAT DO YOU DO?

You have these immediate options:

B. Rollback to a previous version of iOS