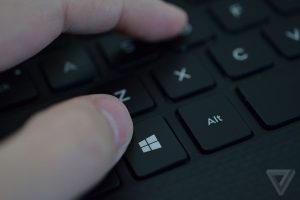 Windows 10’s new Action Center notifies you of items that might need your attention, such as security alerts, recommended maintenance tasks, incoming emails, and Twitter messages. A quick way to access the Action Center is to press Win+A. In other words, press the Windows key and the A key at the same time. Most keyboards display the Windows logo on the Windows key, but some keyboards label it as the Start key.

Whether you want to find a program on your computer or a bargain on the Internet, you can press Win+S to bring up the search function of Cortana, Windows 10’s personal assistant program. Pressing Win+S activates Cortana’s text search and puts your cursor in the search box, which is located in the task bar.